There is a lost myth on every street corner and in every children's nursery rhyme. This blog seeks to explore some of these with you.

Mad as a March Hare

It is March 20th we have reached the spring Equinox and the year is turning to the season of fertility and abundance. What myths and sayings spring to mind?   The first saying  to come to my mind is mad as a March hare  but why are they mad  and why are they particularly mad in March? 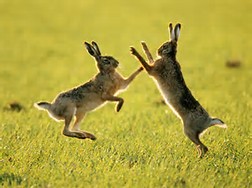 Not as you might think the aggressive males fighting to win the females’ favours but both male and female  brown hares boxing  for each others attentions , well done the girls ! Because the hares are generally quite secretive animals and hard to spot in the landscape, this March behaviour seems particularly mad as they come out of hiding and box openly in the fields.  The males and females size each other up and have a mad box to see if they are a good match,  then the hares that have the best scrap apparently  stay together…   lovely !     Bit like EastEnders really!

Mythically the hare was venerated by the ancient British ( Celtic) and Germanic peoples . In one classical account, Boudicca is said to have used a hare in a divination ritual in order to determine the outcome of a forthcoming battle whilst in Celtic artwork the hare can often be seen  being carried by hunters . Hares have been  symbols of good luck  for centuries,  hares’ tails, until quite recently were  often worn as good luck mascots whilst ancient Britons were said to have   often set them  loose just before a battle in order to bring about a favourable outcome.

Hares often come out onto the hillsides under the light of a full moon and can be seen apparently gazing at the moon quite transfixed, the ancient Germanic and Celtic peoples 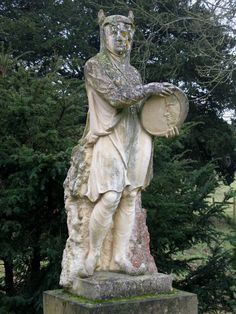 notice the pixie/ hares  ears ! These continue to be seen in modern depictions of pixies and are particularly noticeable in the Celtic traditions of leprechauns and of course the Cornish pixie.

He really is a little moon-god isn’t he ? 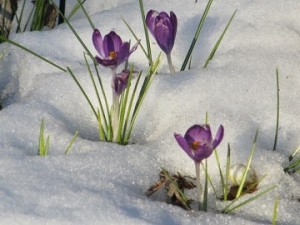